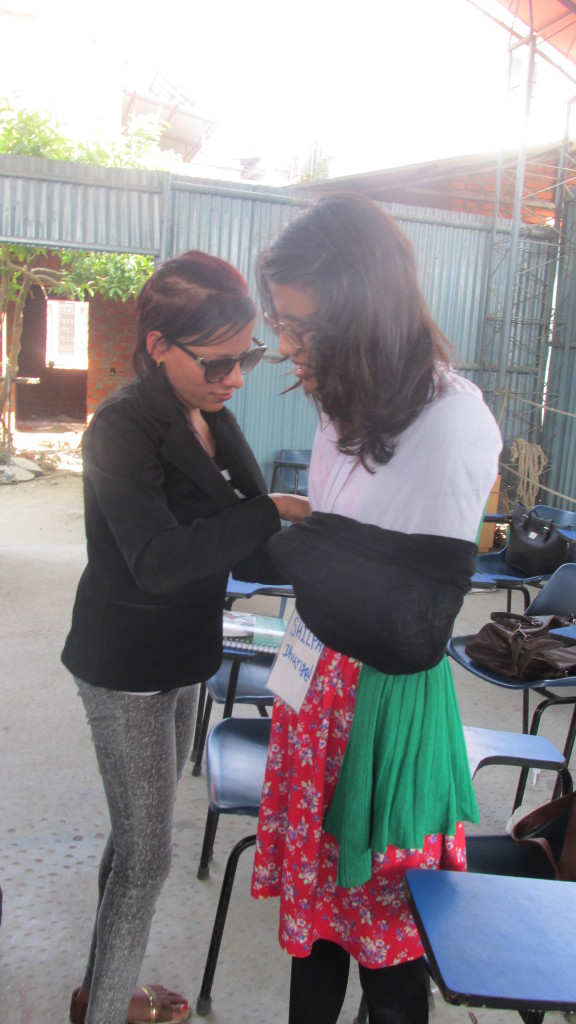 The devastating earthquake of 7.6 magnitude on 25th April 2015 and the 6.8 magnitude aftershock on May 12 made thousands of people homeless with entire villages flattened across many districts of the country. Fourteen districts were mostly affected by the earthquake out of the 75 districts in Nepal on various levels of destruction.  55% of women and girls sustain higher levels of death in comparison to men. Women with disabilities face even greater risk, and are often the last to be reached, and the last to be rescued. In this regards, Prayatna Nepal has conducted disaster risk management training for 38 visually impaired women on May 24-27 2016 in Kathmandu, November 4-6 in Gorkha and may 27-28 2017 in Sindhupalchwok.

That training was based on following topics:

Because of that training, 38 visually impaired women develop capacity on disaster risk management technique and they are able to made own individual plan for personal safety.