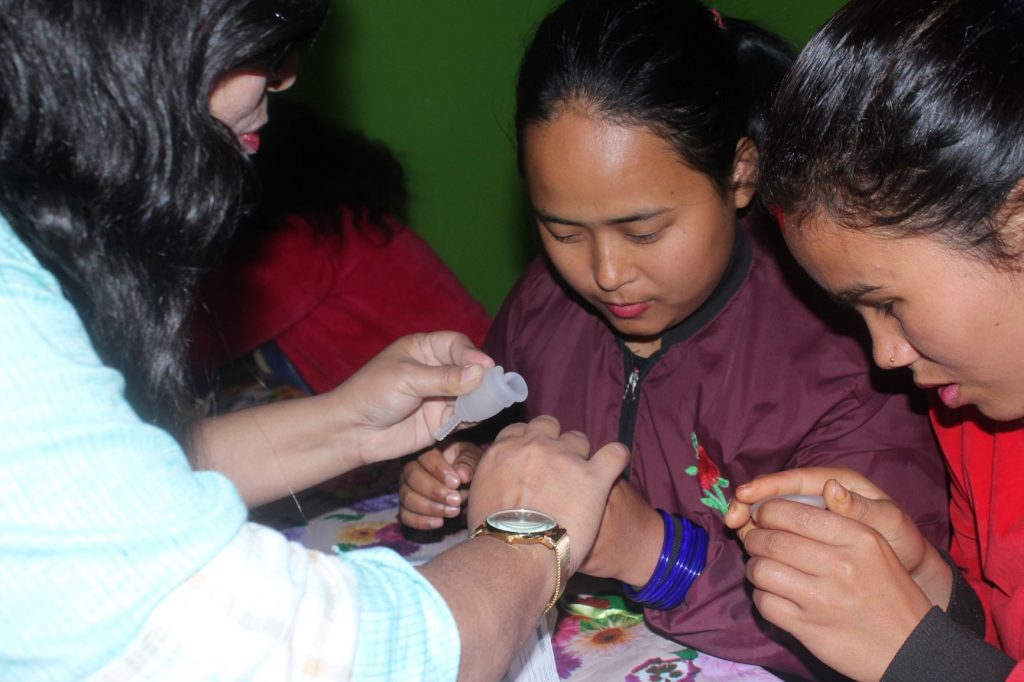 Five Menstruation Hygiene Management Programs had conducted in  one school of Gorkha district,  one school of Lalitpur district,  two schools of Kaski district where girls with visually impairments study and one in Kathmandu.  The objective of those training was were to sensitize visually impaired women on menstruation hygiene management technique. During those session, first participants share their first menstruation experience along with their introduction. After that, session was moved on discussion on myth/taboo related to menstruation. Majority of participants share their family did not except their menstruation comfortably. As well as participants of One blind school share, they did not get opportunity to throw their sanitary pad immediately, for that, they need to wait until the weekend to throw outside of the hostel.  After sharing, session was moved on what is menstruation why is it importance and technique of using sanitary pad.   At the end of the training, participants had realized their menstruation is natural process, this is not taboo. Also 3 visually impaired students were started to advocate on menstruation issues with different program on their school. Beside this, Prayatna Nepal had distributed 16 Menstrual cups for blind and visually impaired participants of MHM workshop in Kathmandu.